Day 2 (continued) - Diverging slightly from the plan, we headed next to the Museum of Appalachia, the private collection of one man who dedicated most of his life to collecting the artifacts and stories of the rural Appalachian way of life.

The museum is really over 30 buildings on a sprawling farm, including some huge ones which house thousands of artifacts, and some actual period buildings moved from private property into the collection. The grounds, covered in goats, peacocks, roosters, and turkeys, were lively and wonderful.

Just the first building took us from plates used to counterfeit money, to a postman's bear skin coat, 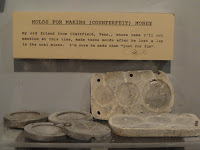 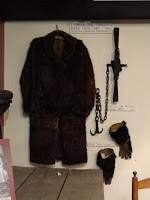 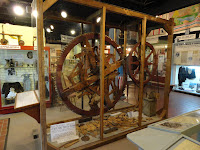 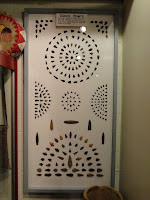 to amazing homemade musical instruments, to a look at the death and burial process. 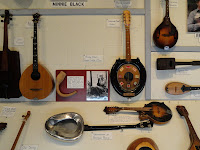 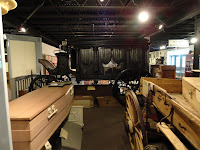 Then we visited the live musicians who play every afternoon in one of the old buildings... 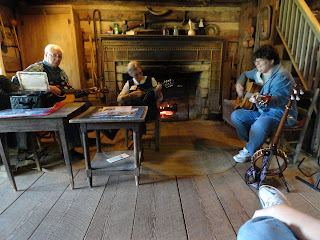 and finally toured the other buildings and gawked at the animals (including some hilarious posturing turkeys). 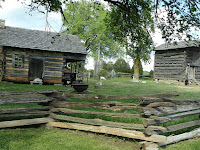 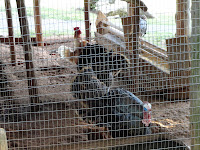 One of the best museum visits ever, for sure.  And we don't talk about my brief stay in the klink anymore. 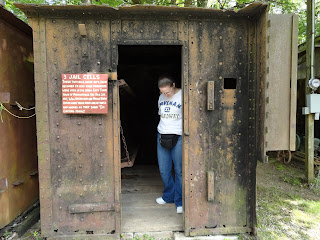 I came to groggily. 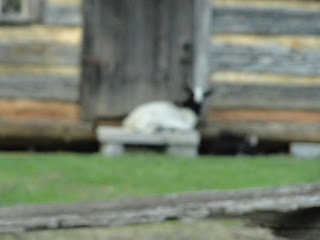 I was thoroughly confused...and outdoors?  Were those goats?  What the heck?

I realized I was lying down, so I sat up and blinked several times, trying to clear my head.  A moment ago I had been inside the Museum of Atomic Energy, facing my own clone and the prospect of having an evil lady wizard for a friend, and now I was...staring at a peacock? 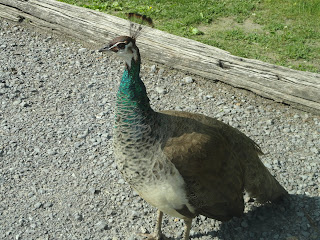 "Oh, now what?" I muttered.  The peacock looked at me. 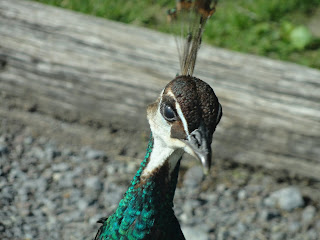 It said, "Welcome to The Farm."
I said, "...Are you a peacock?  And did you just speak to me?  Wait.  What farm?"
"The Farm.  Where all the Replaced end up," the Peacock answered.  "What species would you like to be?  The yak could use a friend."
"I don't want to be a yak.  I want to be me," I protested.
"You can't be.  There's already a you.  And are you sure?  The yak is very friendly, he's just lonely."
"I don't want to be a yak.  I mean, how would that even--never mind, you're a bird!  I shouldn't even be having this conversation!"  My head was starting to hurt.  "Look, can you just tell me where Mary or the other me is?  I need to get this straightened out."
The peacock seemed to consider it, pausing long enough to peck at the ground and swallow a small pebble.  When its beak was empty again, it said,  "Try the McClung house." 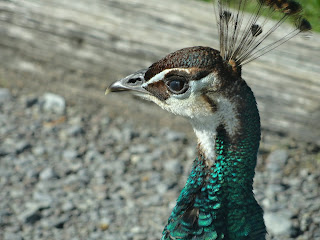 I won't waste time detailing the ridiculously complicated time I had of finding the McClung house (suffice to say it involved a fiddle 'n riddle competition, a still that drank whiskey instead of distilling it, and a prehensile band saw). But I did.  And there she was: 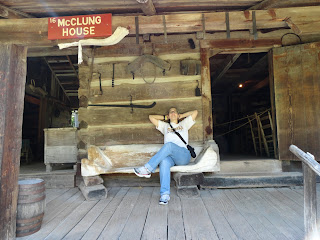 I'd like to say we had a tense stand off, exchanged blistering remarks and had an epic duel.  But the moment she saw me, she bolted like a bat out of hell.  It turns out that though she was a convincing double on the outside, she was also dumb as a brick, and I had no trouble catching her someplace I was sure she wouldn't be able to escape easily: 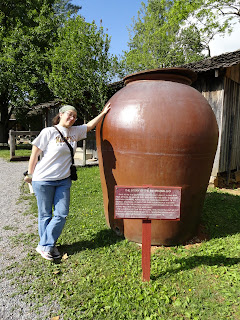 Now, to find Mary and get out of this bizarre Farm!
~Amanda
Posted by Mary at 10:02 PM